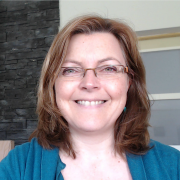 Maybe you’ve hit that place in your business where if you want a presence on the international playing field, you need to tackle foreign lands, cultural divides – and the communication issue.

Or maybe you’ve already had some success abroad, but you’re still not comfortable that your translation service has really got your back (i.e. delivering the quality that reflects the standing and hard-earned reputation of your brand).

That’s a tough one to check if multiple languages aren’t your forte!

Because cross-cultural communication is my passion. 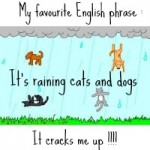 I don’t want an arbitrary border, or a cultural difference, or language subtleties to get in the way of your company going for its butterflies-inducing grand vision.

But I do want to take away the stress, uncertainty and confusion that people often feel when faced with getting translations.

Because while what I do might be complex, the process of working with me should be simple (you can see just how simple over here).

Plus, to be honest, I get a huge buzz out of being the go between – making it possible for your company and its offerings to be seen and understood by people all over the world! (Cool, right?!)

How did I become a cross-cultural word nerd I hear you ask?

A love of language.

From my Masters in German, to my first job where I spent all day swapping between English, French and German (and thought I was in heaven), to my hoovering up of foreign literature and films, I think you could call me a linguistic junkie.

And all my jobs have supported my obsession.

I started out working for an international organization in Germany (after finishing my studies in France), where in addition to speaking several languages a day I translated whatever came across my desk, from research reports and agendas to emails or publications.

And when they asked me to go and work in their Cambridge, UK, subsidiary, I think I (almost) swooned at the prospect of absorbing Jane Austen-esque diction and “Cuppa tea, love?” expressions on a daily basis. (In the end, fate had a bit of a laugh at my expense when I ended up with a boss who was Scottish – even the native speakers struggled to understand his heavy brogue!)

Between these jobs and my next one, working for a start-up firm specialising in bioinformatics in Cambridge, I racked up exposure to just about every area of a business – from budgets and marketing to human resources and internal communications – and pretty much got an on-the-job diploma in the needs of companies at every level.

And my next big move, working in direct marketing down in London, took my skills in promotional language to a whole other level.

But what really struck home after a decade working with international companies, was how, in today’s world, companies can’t afford not to think “global” (being a big fish in a little pond can only get you so far) and that the successful pursuit of that bigger picture hinged on communication.

But what I knew that many companies didn’t, is that cross-cultural communication isn’t just about ensuring instructions and product labels read clearly and accurately (although helpful to avoid any legal issues!), it’s really about recreating the essence of your brand in another culture.

Of sharing the values, the ethics, the ethos of your company in another language, and in a consistent way, so that new customers can gravitate toward your brand as easily as they do at home.

That’s the message I have made it my mission to spread – if you want to bound over borders and cross cultural divides with ease, you’ve got to get your message right.

And it doesn’t have to be hard work.

So whether your company is launching a new product, opening a foreign office or creating a joint venture with a group abroad, I can provide you with the translation or proofreading expertise and the business know-how to ensure the job gets done right the first time (so that you can put your mind at ease, and prepare yourself for those pats on the back for a job well done).

Just think of me like a fairy godmother of foreign languages – you bring me your pumpkins and I will turn them into the carriages of your global success (and almost as quickly as the real fairy godmother did!).

Interested in finding out more about how I work? Take a look at my translation services over here.

A bit more about Valérie (the official stuff, and a few quirky facts)…

Best part of her job: the “magic” of translating not just words, but meaning

Favourite foreign film: “On Golden Pond” for the great duo between Katharine Hepburn and Henry Fonda (well, if I had said “Pulp Fiction” you would have thought I’m into crime and blood!)

Best foreign book ever: “Great Expectations” by Charles Dickens. I also have a soft spot for Shakespeare’s plays and South American literature.

Favourite English phrase: It’s raining cats and dogs – this one cracks me up!

Specialises in: translating for the cosmetics, beauty and fashion industries (but other sectors welcome)